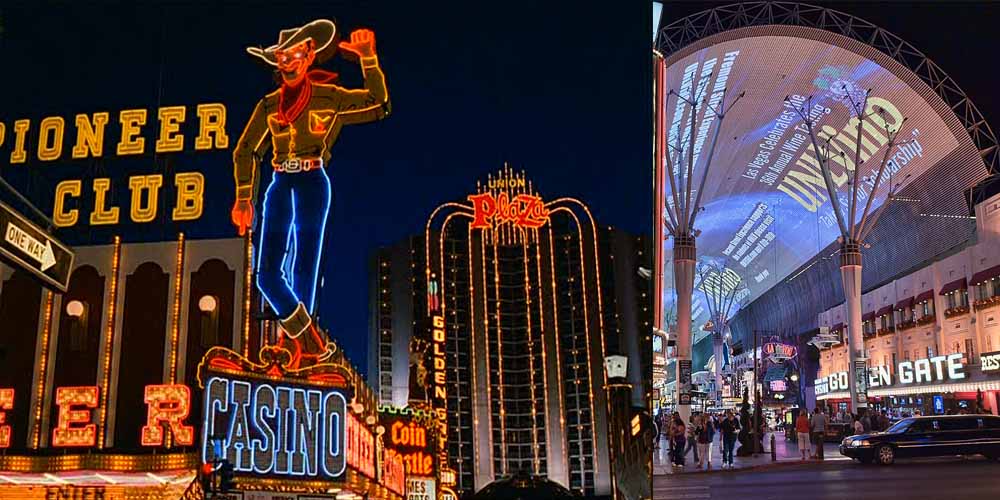 Do you know about these iconic places around the globe, where signage is integral to its identity. In this article we take you through four such destinations, whose history is linked with the development of sign boards.

One of the world’s busiest pedestrian areas, the Times Square commercial intersection of New York, which witnesses more than 360,000 pedestrians every day, is home to some of world’s most remarkable electric, neon and illuminated signs. As per the official figure the Times Square has 238 sign boards ornamenting the building facades of the intersection.  These signages attract hundreds of eyeballs every second of the day and it is the shimmer of the signs that make Times Square spectacular. The Toshiba banner, NASDAQ hoarding and the curvilinear Coco Cola billboard are some of the most iconic signboards, known across the world. These advertisers pay approximately $1.1 million to $4 million a year to keep up their brands flashing on this location. The location has been showcased in numerous films and tons of popular entertainment content.

Las Vegas Strip, the famous stretch of the Las Vegas Boulevard road is declared to be the brightest spot on earth with all the goliath casinos, hotels, resorts and malls, who never turn off their outside lights. But the Fremont Street, where Las Vegas’ first traffic signal was installed in 1931 is considered to be the home to some of Las Vegas’ most popular vintage (styled) billboards depicting the American culture.  The place earned its nickname “Glitter Gulch” because of the large number of retro neon signs, including the illuminated banner of the celebrated Vegas Vic cowboy. In downtown Las Vegas, another popular spot is  The Fremont Street Experience, it is a pedestrian mall with host of shopping and entertainment avenues. The mall is extremely attractive visually with its  barrel vault canopy full of lights and signage.

One of England’s most sought after tourist destination, the Piccadilly Circus in London, is a road junction, it has all the buildings arranged in a circular formation. The destination is famous for Shaftesbury statue, memorial fountain and the equally for the lovely LED signs and video displays affixed on the northern side corner building. The hoarding signs have almost never been switched off since their installation except for a few occasions including the death of Winston Churchill and Princess Diana. The illuminated signs have been there since 1908 and the early ones made of radiant light bulbs were replaced by digital projections before LED Screens took over. Although the number of banners has reduced due to the ever-increasing rent rates, the famous soft drink manufacturer Coca-Cola has occupied an advertising space at Piccadilly Circus since 1954. Swiss beverage manufacturing brand Schweppes continued advertising at the Piccadilly Circus from 1920 to 1961, until The Curve replaced it.

No visual of Tokyo is complete without the stunning and beautiful Shibuya street. Embellished with brightly done Neon signs the street is a cascade of signs if looked at from one end. New technology has gradually taken over the Neon signs, but still the classical charm of the street is retained. The famed Shibuya scramble crossing is day and night swarming with people, who incessantly try to cross the roads as soon as the traffic signal goes green. The place full of humongous LED Screens has frequently been portrayed in various films including The Fast and the Furious: Tokyo Drift and is famous for the Hachikō sculpture portraying a dog. The reflection of the all-night-long on hoardings popping flashy graphics and animations on the road makes the zebra crossing go picturesque with vivid imagery.

People, around the world, across every city, have a penchant for out-of-home experiences, be it shopping, dining or just hanging out with family and friends. Signs play a vital role in helping these wanderers find their desired spots, and collectively the signs add to the glitz and glamour of the location. We are glad to be part of this wondrous industry.